One of the popular investment options among investors remains to be mutual funds. Many people assume that it is crucial to be aware of the Net Asset Value (NAV) of a mutual fund when you are thinking about investing in one since it could affect your results. Although NAV is a useful tool when investing, it does not indicate how a particular investment will perform.

What is NAV in Mutual Fund?

The price per unit for a mutual fund scheme is known as NAV, or net asset value. The NAV is used as the basis for buying and selling mutual funds.

The NAV is calculated each day based on the closing prices of all the securities that the various mutual fund schemes own after making the necessary adjustments, opposing share prices, which fluctuate frequently during trading hours.

How is NAV calculated?

A scheme’s units cost Rs 10 in an NFO. Let’s say that during the NFO, the AMC raises Rs 200 Crores from various investors. The AMC distributes units to the investors based on the total amount raised because issue price is set at Rs 10 for NFO subscribers.

In this illustration, the NFO mobilizes Rs 200 Crores, and the NAV is Rs 10. As a result, the AMC issues 20 billion units (200 billion rupees / 10 rupee NAV) and distributes them proportionally to investors depending on their individual investment amounts. As a result, if you contributed Rs 1 lakh to this NFO, you would receive 10,000 units.

Let’s break this down further: The Rs 200 crores raised in the NFO are invested in various types of securities in accordance with the scheme’s mandate.

Investors may purchase or sell units at any time in an open ended mutual fund scheme using the day’s NAV.

Due to its issuance at a NAV of Rs. 10, some investors believe that NFOs are undervalued. A mutual fund unit’s NAV is calculated based on the value of the underlying securities and the cumulative earnings from the scheme’s inception.

Although the portfolio of assets in two different mutual fund schemes may be similar, one may be offered at par value (a NAV of Rs. 10) while the other may have a NAV of higher than Rs. 30. This NAV difference will still exist even though the intrinsic values of both of the schemes are identical.

What is best NAV in Mutual Fund?

Which NAV is going to be crucial for us? is a question we frequently ask ourselves. Will a scheme with a lower NAV be more beneficial? The NAV of one scheme is 24, whereas its second scheme’s NAV is 76 when you invest in it.
Many new investors believe that 24 NAV appears to be undervalued and determine that it would be wiser to invest in 24’s as compared to 76’s.

A scheme with a NAV of Rs. 24 is not always lower than a scheme with a Rs. 76 per unit NAV. The growth will be roughly the same if both schemes have a comparable portfolio.

The below table shows why Low NAV is not important for generating returns in a scheme:

The NAV of a mutual fund scheme is not a reliable indicator of its performance.

Company can only issue a certain number of shares, the primary factor affecting share prices is the demand for a specific stock as indicated by the mood of the market.

When a mutual fund, gets a new investment, it may issue additional units.

Price changes for shares can occur in real time while stock markets are open due to trading.

After determining the fund’s assets, the mutual fund NAV is announced at 11 p.m.

The NAV primarily impacts how many units are allocated to your assets. The gain in NAV is far more meaningful than NAV. As an investor, you should be more focused on the value of your investment than the number of units you currently own.

With this NAV knowledge at your fingertips, you should be able to make wiser investing decisions. 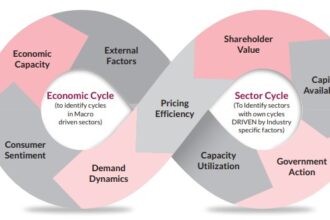